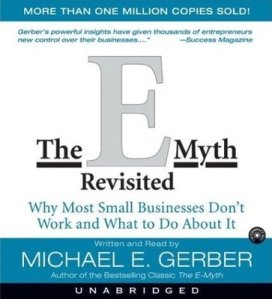 This is a post about becoming successful as a band. It’s about music, so don’t let this next paragraph turn you off. In fact if it does turn you off, that’s likely part of your problem. So here goes.

There is a great book that you can find in the business section of any bookseller, online or otherwise. It’s called the E-Myth Revisited, and it’s by Michael Gerber. I recommend it constantly to clients and to my professional speaking audiences because of its simple premise: just because you are good at something doesn’t mean you’ll make a good entrepreneur. That’s the myth. That’s what the letter “E” stands for in the title: Entrepreneur.  To succeed in business, you have to have a triangle of talents: 1.) your subject matter expertise; 2.) your marketing ability; and 3.) your management ability.

In terms of being a musical act, your subject matter expertise means your ability to perform live, which is very different from simply being able to play your instrument. Marketing ability helps you locate new business, and management ability helps the business run. Most businesses fail because the entrepreneur only wants to focus on what he/she does best, leaving the other two sides of triangle unattended, at which point the business collapses.

It’s the same with bands. Many people form bands with the idea of jamming once per week and then hopefully getting a gig somewhere. There are a lot of talented, passionate musicians out there. But for the band to make it out of the basement, they must fit themselves inside the place where talent, chemistry and schedules overlaps. People have to be able to play, but they also have to get along in some form – be on the same mental page. And they need to be able to get together no less than once per week, in order to keep up the  momentum. 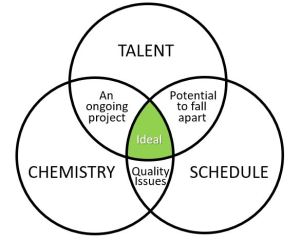 Once a band finds itself in the perfect center of this Venn diagram, it must then have a read of – or listen to – Mr. Gerber’s book to understand fully that industry they are operating in is called show-business, not show-play. A band is a business. It needs management and marketing just like any other entrepreneurial undertaking. That means boring stuff like budgets, contracts, bank accounts, insurance, punctuality, advertising, competitive analysis, pricing strategies and a business plan. That’s not so much fun, but there’s the rub. Without all of these items backing you up, the band will just fall back in on itself. 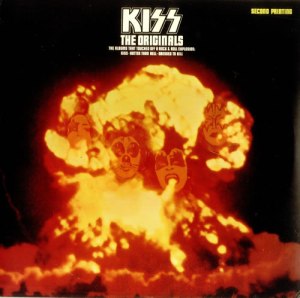 Have a look at these guys. Read up on them. From their earliest days back in NYC as Wicked Lester, Gene and Paul had a business plan to create a product. Not just play music, but create a product filled with marketing and branding excellence. Remember the KISS Army? This was a major step up from the fan clubs created for the Beatles and people like that.

You might not want to look and sound like KISS, but have a look at how they put on a show. It’s an experience. There are many other acts you could choose to study in place of KISS if you want. Alice Cooper and Meatloaf were part of the first rockers to put choreography into their acts, paving the way for people like Madonna and Lady Gaga. Garth Brooks, the Foo Fighters, and Taylor Swift are role models of a hugely satisfying, yet largely unadorned spectacle. They don’t wear kabuki makeup, but their energy and sheer strength of performance surpasses the songs’ own impact. Of course Mariah Cary, J-Lo and a host of others now fully understand the importance of visual amazingness in their concerts.

The point is, regardless of the ultimate goals of a band, whether it’s to play professional festivals like SXSW or simply a local pub, the odds of getting there increase when a business approach is used. Although most musicians say they play music in part to get away from the trappings of the business world, it cannot be denied that music is a business and performing it is a product. So alongside the biographies of your favorite music heroes, it might be a good idea to also have a copy of the E-Myth Revisited.